We've schoolin' for two months now! I used this time to get Rylan used to "doing school" at a set time & to review him. 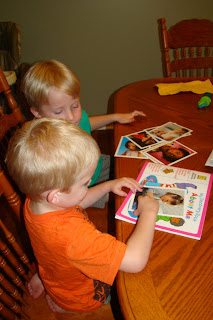 He began an "All About Me" theme with his big brother Brady. He did fun activities from a My Discovery Book by Learning Adventures & looked at pictures of other kids doing their favorite things. I asked Rylan what his favorite thing to do was & though he gave me a long list, one was to bake with Mommy. So that's what we did! :) But as you can tell from the picture he'd much rather lick the spoon! 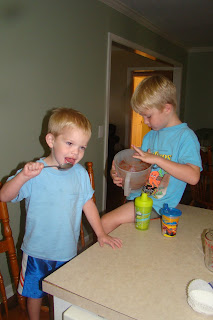 Rylan learned that his food goes to his tummy when he eats it, reviewed his body parts parts & what they help him do. I printed off some activities from 2 Teaching Mommies Body Pack for him to do. He colored different shapes to paste a body together & made it his self-portrait. 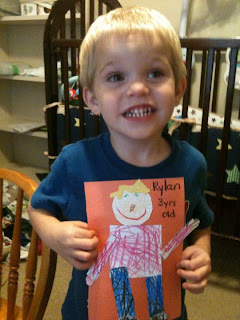 He also used his counting skills to put together a puzzle of a little boy. Apparently he was working hard cause his tongue was sticking out! :) 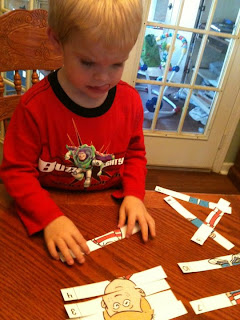 We read the book 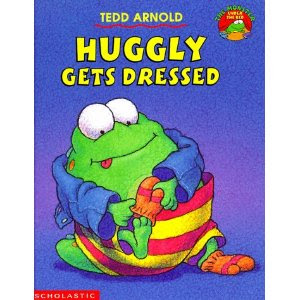 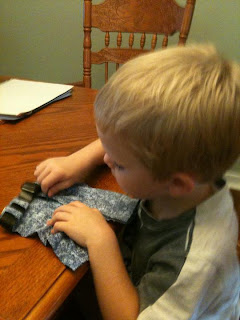 I found some dry-erase puzzle pieces that I wrote his name on & he practiced spelling it by putting it together. He still can't recognize his letters, but he's getting MUCH better! 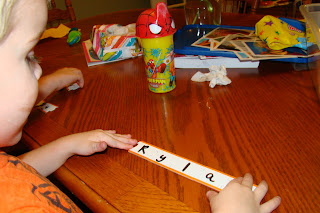 Rylan found a fun puzzle at the Resource Center on shapes & practiced lacing shapes too. 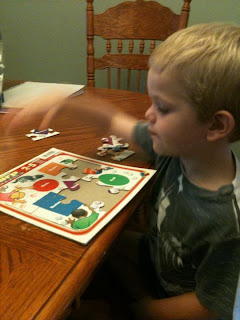 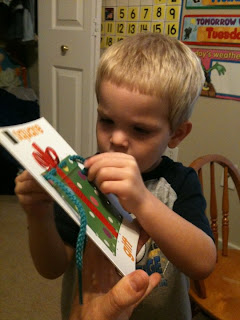 He did his 1st sensory bin. I put various colors of buttons & beads in a large bowl full of beans, rice, & Cherios. He had to dig through the bowl & then sort the colors on their matching pieces of construction paper. 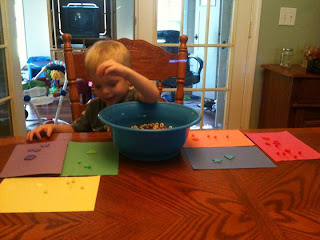 Rylan loved reading Chicka Chicka 123 & Chicka Chicka Boom Boom to review his numbers & letters. He did a counting numbers puzzle that was textured & he practiced tracing the numbers & matching up the puzzle pieces to the correct number. 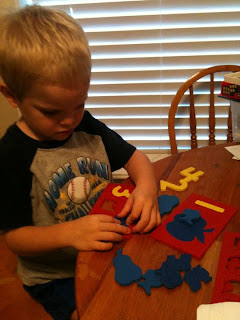 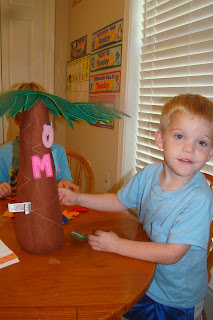 Rylan adores this letter foam puzzle I bought from the Dollar Tree!!! This has been one my greatest finds!! 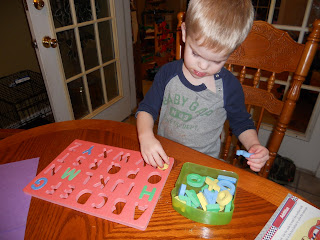 He also read many books on the alphabet, but his favorite was a glitter ABC book that he would read to his baby brother Keller. 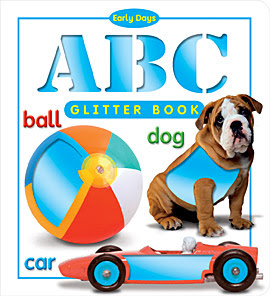 Now that he has been well reviewed & is used to sitting still long enough to do school, we OFFICIALLY enter Preschool next week!!! I can't wait to blog about all the fun stuff we'll be doing!! I just posted the picture below, because Rylan said this was his favorite toy he's checked out from the Resource Center so far. He thought I should add it to "HIS" blog! lol 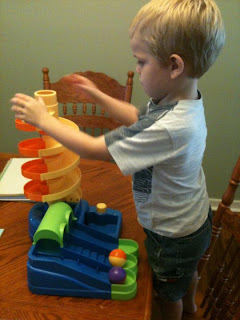 Email ThisBlogThis!Share to TwitterShare to FacebookShare to Pinterest
Labels: all about me, body, preschool, Rylan, sensory bins, Tot School

MommaAsh
Happily married & I love being a mom!!! I am a Christian and that is what guides my choices in life.